We have decided to sell our beloved George Buehler Trawler Diesel Duck LeeZe.  The blog posts on this site are some of our adventures during our time cruising and meant to shed some light on the cruising life.  Enjoy our posts and please contact us for more information on the places we have been or information on our George Buehler Trawler for sale, LeeZe.  The complete collection of our travel blogs can be found here:  http://whereisleeze.blogspot.com

It has taken a while to get this going as I have been quite busy.
Over the winter, we stayed in Turgutreis, near to Bodrum. It is a large, very impersonal marina that I could not recommend to anyone. Out of all the marinas that we have stayed in on both sides of the Aegean, this one will stick in our minds as one of the worst, if not the worst.

Over the winter, the required maintenance was accomplished in a timely, but not rushed scheduled. I changed out our mooring lines yet again for 12 strand ropes, and they seem to be doing MUCH better than the braid I used the last two years. It is really difficult to “give away” used rope, because one always thinks that one can find a use for it after its expiration date for the given function has passed. But I did bite the bullet and gave away my FIRST set of ropes to the Bodrum City marina staff who were quite appreciative, but not so much as to offer us a place to stay in downtown Bodrum for a week.

So, on May 1, we departed our marina for a quick run to Akarlar, an anchorage just around the corner between Turgutreis and Bodrum. We anchored there for one night and then made our way to the outer harbor of Bodrum. Zehra wanted to anchor in front of the famed nightclub Halikarnas, which we came to learn later has closed after 38 years.

While on the transit over, the engine died about 2 hours into the run. I get it started using the emergency fuel pump and anchored. I found the two vent valves on the water separators open and these are quite small, so it took a while for them to lose their vacuum.

We were there a long time, and there was one day/night/day when I had Zehra stay ashore at a hotel because the winds and waves were predicted to be high and large. LeeZe was at anchor in about 8 meters of water with about 70 meters of chain out, snubbed with a 22mm 12 strand snubber line and backed up with two addition snubber lines. Wind gusts got about 60 knots and easily there was 1.5 to two meter waves in the outer harbor.

The harbor is a semicircle, more or less, so the wind was not blowing from the same direction all the time, but changed direction due to the topography. The waves more of less came from the same direction for hours on end, within +- 40 degrees, but the gusts would change direction quite quickly, and LeeZe rolled 10-12 degrees while she worked her way around. I told Zehra later that LeeZe was doing some very funky dance moves!

I was surprised that only one boat lost its mooring and ran aground hard in the corner by the castle. I saw it being moved later to somewhere with a floating collar around it with the boat half submerged.

LeeZe’s anchor seemed to dragged about 60-80 meters from where it was initially, and had I gone in the water, I would have seen evidence of the “field being plowed.”

Th night after the wind, we were meeting Brit friends from my first Ankara period for dinner at Sunger, a great pizza place in downtown Bodrum. At first, I was not sure that the winds would die down as the forecast predicted, but they did, and I got ashore to meet with Zehra and the friends, and to have dinner. To be honest, I was relieved to be on dry land. I was STUPID and CHEAP and should have come into the marina for the night, pay their outrageous daily fee and not have to live thru that storm. Next time.

So, on 14 May, we depart the anchorage for Kos. We had to delay our departed a few days because PROBABLY as a result of the 9 May storm, I did SOMETHING to my left shoulder that caused it to hurt like the dickens for 3-4 days. No amount of Ben-Gay helped, but I was good to go on the 14th.

Now the trip over was no a long one, and the seas were calm, the wind low, and we get into Kos and tie up at the “city wall” or so we thought. Nope, where we tied up was at an extension of the main private Kos marina, and we learned that the daily fee was ~ 4 times more than the city wall fee, + electricity and (very expensive) water.

It took us a few days to arrange to go to the real city wall, where there was no electricity, and water was available for free, if one had a 50 meter hose, which I did not have at the time of arrival, but do now!

On 16 May, a surprise pair of visitors show up at our stern, our British friends from Bodrum. They had no clue we were in Kos and came over for a day trip. It was so nice to have them visit, quite and un-expectent surprise.

Meanwhile, Zehra is trying to figure out what hoops her brother and his wife have to jump thru to spend a few days or so with us on LeeZe. We visit agents, passport and customs officials, and in the end, the visa they need is a Schengen visa, a visa that would allow the to visit any of 28 European countries. This application for the visa is $$$ and you do not get your money back if the request is denied. So, in the end, they decided not to come, and we were a little disappointed.

On 17 May, we move to the other side of the harbor and stay there until 3 June, enjoying all that Kos has to offer. The spot was a little rolly, especially when big ferries came to the custom dock just across the way. But, the price was right and we enjoyed it.

But the time comes that we want to leave. So, we pick 5 June to continue our travels, so 3 June, we decide to move back to the marina because the batteries need a really deep charge that the solar panels and the generator just cannot give. This day was falloff calamities. First while preparing to depart, I lost my balance and fell into the water. My GOOD glasses fell to the bottom and it took some time to find them. Since I had dropped a garden hose brass cut-off valve into the water the day before, I retrieved that also.

Then underway, but while docking stern too, the engine died. Restarted and this happened maybe five or six more times. Ummmmmmm. But we do land safely, plug in shore power, and give the batteries the charge they need. Meanwhile, I found a fuel valve out of position, and thinking that was cause, checked each valve and confirmed that they were correctly placed. But it was Sunday and I was tired so I failed to do an post-maintenance check. You are probably NOT surprised that was not the cause of the engine shutdowns, but I leave that to the next installment.

If you have any questions, please ask.
Lee and Zehra
MV LeeZe 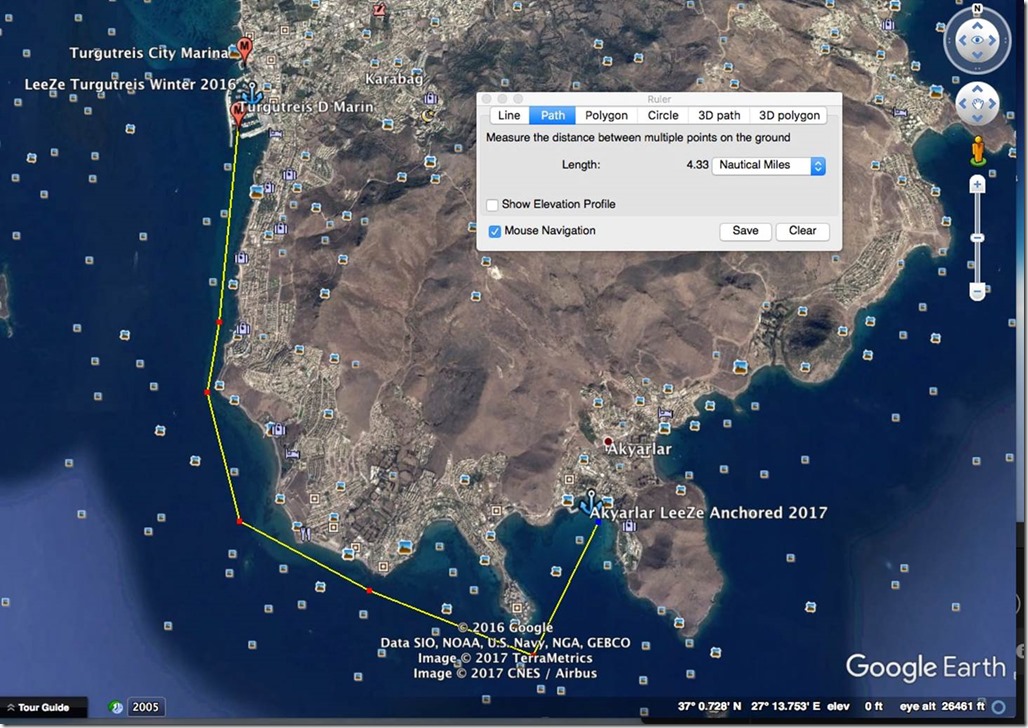 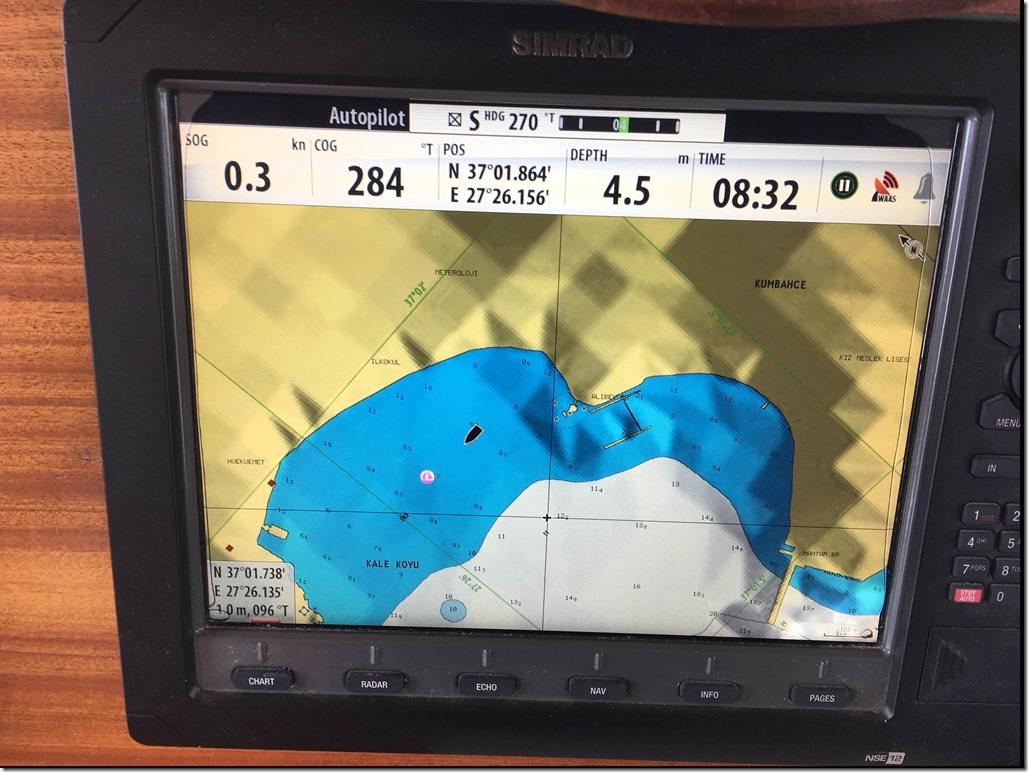 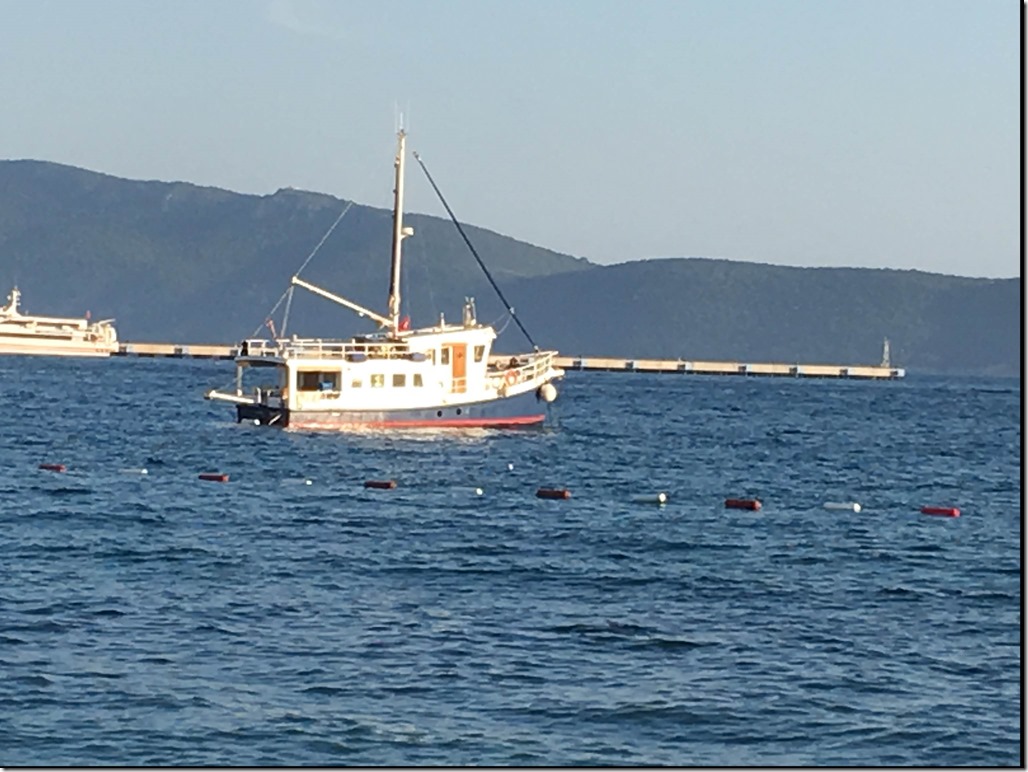 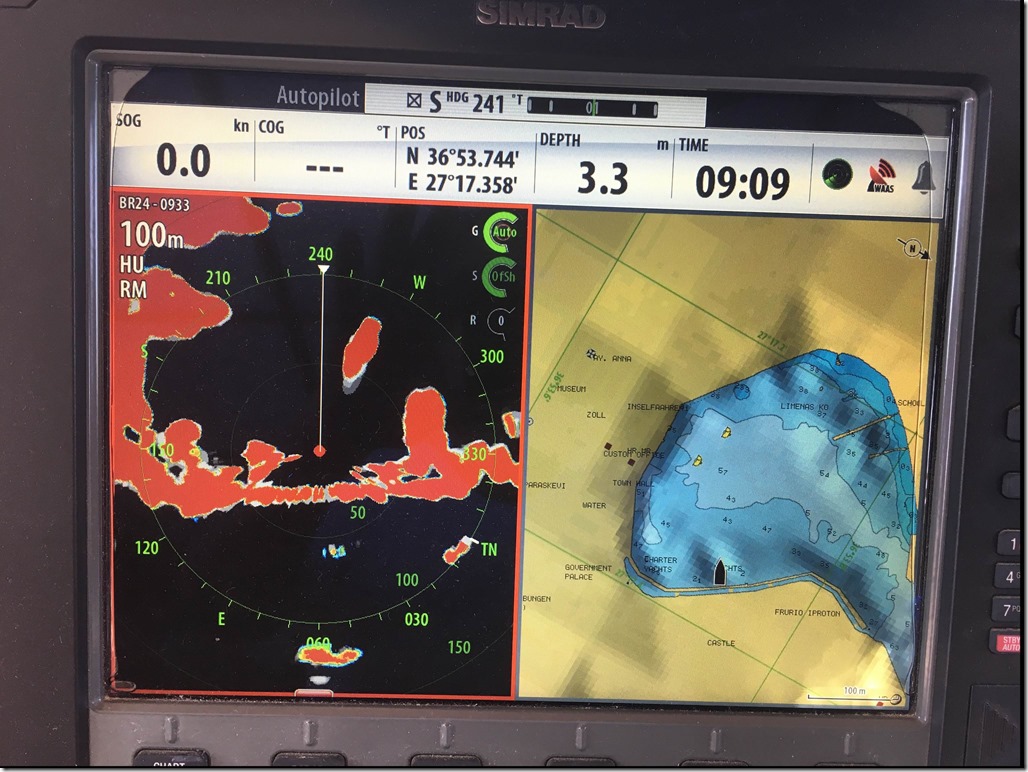 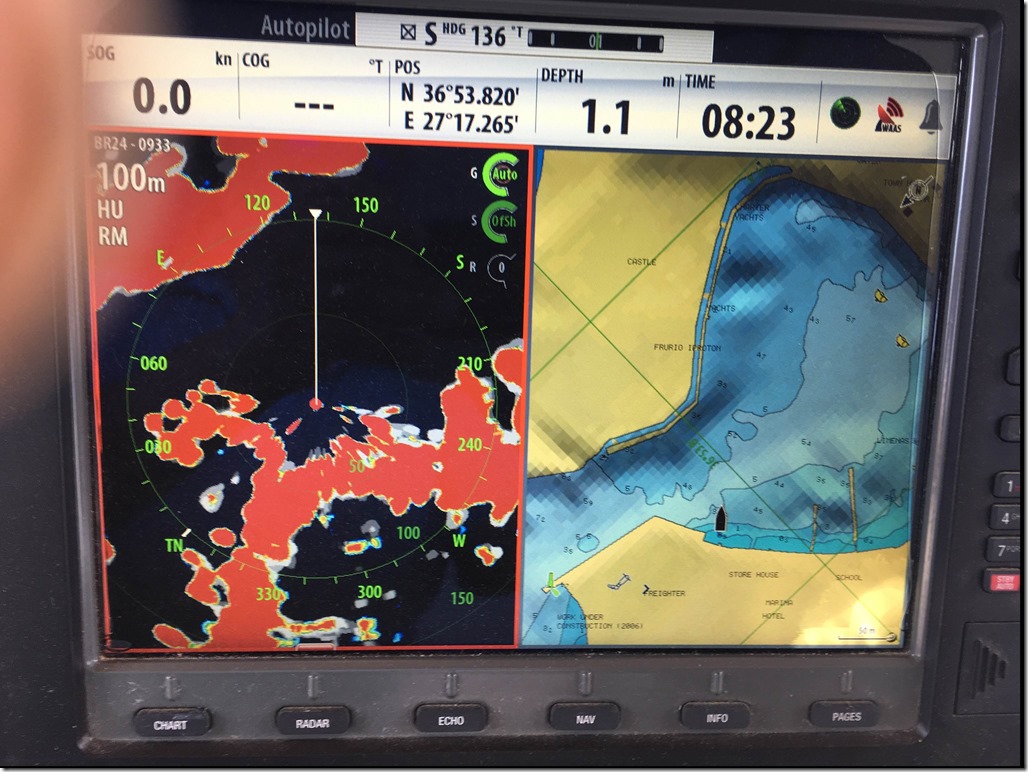